Prior to entering academia, he clerked for a federal judge and litigated employment, civil rights and constitutional cases at a Chicago law firm along with Barack Obama. He has co-taught constitutional law classes with two current U.S. Supreme Court Justices. Kende previously taught at Notre Dame Law School and the University of Montana School of Law, and served as a Senior Fulbright Scholar in South Africa. He subsequently was a Visiting Professor of Law at the University of Paris – Pantheon. He is the author of Constitutional Rights in Two Worlds: South Africa and the United States (Cambridge Univ.) and Comparative Constitutional Law: South African Cases and Materials in a Global Contest.

Tess Cody is the campus outreach coordinator for Crisis Intervention Services, a sexual assault service provider. In this role she provides support and guidance to Violence Intervention Partners. Tess is also a member of Future Without Violence’s Campus Fellow Program. Prior to coming to CIS, Tess worked for the Iowa Coalition Against Domestic Violence for five years.

Samantha Brenner is a senior Drake student. Sam has been an active member and leader of Student Activists for Gender Equality (SAGE) and Violence Intervention Partners (VIP), a peer based sexual and dating violence hotline, during her time at Drake. Sam is dedicated to making Drake and the larger community safer and more equitable.

Beth Younger teaches in the Department of English at Drake University, and focuses on adolescent literature, popular culture and women's and gender studies. She is currently working on an article about pregnancy in horror films, as well as a biography of author Maureen Daly. She lives in Des Moines with two dogs and a cat.

Joy Moore is an immigration attorney with Iowa Justice for Our Neighbors, and works solely with immigrant victims and survivors of domestic violence and sexual assault. Working out of the office in Des Moines, she represents her clients before the Immigration Service and collaborates closely with domestic violence and sexual assault advocates throughout the state of Iowa. She is fluent in Spanish and delights to work with people from all over the world, who happen to end up in Middle America.

Joy holds a bachelor’s degree in Spanish from the University of Nebraska-Lincoln and a J.D. from Georgetown University Law Center. While at Georgetown, she received a certificate in Refugees and Humanitarian Emergencies and, as part of the certificate, worked at Northern Virginia jails, providing immigration advice to detainees. Joy has worked post law school with non-profit immigration agencies in Lincoln, Omaha, and Des Moines.

Joy is married to Tyler and they have a 4 month old son, Quincy. She loves climbing mountains, reading great literature, and watching football, albeit at different times. 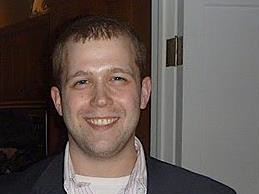 Nate Monson, leads Iowa Safe Schools where he has been Executive D irector since 2007. He is a well - known voice in Iowa on issues related to LGBTQ youth and school climate issues. He speaks annually to many colleges/universities, schools, corporations, and community organizations. Nate serves his community with involve ment in various organizations including being a member of the LGBT Health Initiative, Lifeworks DM board member, and a member of the Iowa Department of Education's Learning Supports Advisory Team. Previously, Nate was appointed to the Iowa Department of H uman Rights Board by Governor Chet Culver, and served as Secretary of the C larke University Alumni Board.

Nate graduated from Clarke University in 2007 with a BA in History.

In his role at Iowa Safe Schools, Nate works to lead the organization's strate gic plan, development efforts, organization of the Annual Iowa Governors Conference on LGBTQ Youth, and creation of programming efforts.

Binnie LeHew, MSW, LISW is an Executive Officer at the Iowa Department of Public Health. She heads the office of disability, injury and violence prevention and has implemented public health initiatives related to intervention and prevention of intimate partner and sexual violence since 1997. She serves as Iowa’s Rape Prevention Education Director and as Safe States’ state designated representative for Iowa. In 2011, she received a Visionary Voice award from the National Sexual Violence Resource Center. She is active in several national organizations, including the Safe States Alliance and the State & Territorial

Rape Prevention Education Directors’ Council. Binnie received her BS from Kansas State University and MSW from the University of Iowa. 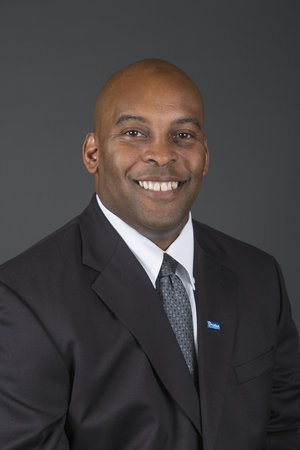 Scott Law is a Public Safety Professional with over 25 years of experience in Law Enforcement, Security and Emergency Management.  Mr. Law has served as the Director of Public Safety at Drake University since August of 2013.  Mr. Law is responsible for the overall security plan and operation at Drake University, including compliance with federal and state regulations.  Drake Public Safety employees a full-time staff that works collaboratively with the larger University community and Des Moines Police Department to provide a safe and secure campus.

Immediately prior to coming to Drake, Mr. Law served as the Inspector for East Campus Operations/Director of Hospital Security for the University Police at the State University of New York at Stony Brook.  In this role at Stony Brook Mr. Law was responsible for the security and police operations of a tertiary level 1 hospital serving 1.5 million people in Suffolk County, NY.

Alysa Mozak has spent the last nine years of her professional career in the sexual assault and dating violence victim services field working as an advocate and prevention educator. In September of 2011, Alysa was hired to serve in a newly established position at Drake University as the Coordinator for Sexual Violence Response and Healthy Relationship Promotion. In this position, Alysa’s role is to act as a campus-based advocate for student victims to assist them with both criminal and/or civil rights information and referrals to community agencies and with any university procedures of investigation they would like to pursue.

In February 2012, Alysa received a victim-service award from the Women’s Studies Program and a student activist organization, SAGE, at Drake University, as a “Vagina Warrior” through the annual Vagina Monologues production. Alysa received both her bachelors in 2006 in Adult and Family Services and her Masters of Science in 2011 in Women’s Studies and Public Administration from Iowa State University.

Kevin Saunders serves as the Director of Institutional Research and Assessment at Drake University. He co-facilitates Drake’s Mentors in Violence Prevention training , which represents a unique bystander approach to prevention and education.

Zebulon Beilke-McCallum is the Director of Housing and Economic Justice at the Iowa Coalition Against Domestic Violence. A graduate of the University of St. Thomas in 2006 with a BA in Philosophy and from the University of Minnesota Duluth in 2009 with a Masters in Advocacy and Political Leadership. Zebulon specializes in homelessness, affordable housing, financial literacy and nonpartisan voter engagement. Zebulon is the current chair of the Family Development and Self-Sufficiency Council and serves on the Iowa Council on Homelessness.

Before joining the Coalition Zebulon was a community organizer who worked on affordable housing, environmental issues and workers’ rights. Zebulon got his start in the nonprofit world as an AmeriCorps VISTA organizing tenant unions in Section 8 housing.

Laura Madeline Wiseman is the author of more than a dozen books and chapbooks and the editor of Women Write Resistance: Poets Resist Gender Violence (Hyacinth Girl Press, 2013). Her books are Drink (BlazeVOX, 2015), Wake (Aldrich Press, 2015), American Galactic (Martian Lit Books, 2014), Some Fatal Effects of Curiosity and Disobedience (Lavender Ink, 2014), Queen of the Platform (Anaphora Literary Press, 2013), and Sprung (San Francisco Bay Press, 2012). Her dime novel is The Bottle Opener (Red Dashboard, 2014). Her collaborative books are The Hunger of the Cheeky Sisters: Ten Tales (Les Femmes Folles Books, 2015) with artist Lauren Rinaldi and Intimates and Fools (Les Femmes Folles Books, 2014) with artist Sally Deskins. She holds a doctorate from the University of Nebraska-Lincoln and has received an Academy of American Poets Award, a Mari Sandoz/Prairie Schooner Award, and the Wurlitzer Foundation Fellowship. Her work has appeared in Prairie Schooner, Margie, Mid-American Review, and Feminist Studies. Currently, she teaches English and Women’s and Gender Studies at the University of Nebraska-Lincoln. www.lauramadelinewiseman.com

Tony Tyler is works in Student Life at Drake University, and has degrees in Religion and Education, and is working on a PhD in Education at Iowa State University. Tony's interests include Queer Theory, social activism, and teaching.

Joey Gale is a senior from Plymouth, Minnesota studying Marketing, Information Systems, and Leadership. Joey currently serves as the Student Body President at Drake University and is a leader in an LGBT student activist group called One Voice. Joey is a self proclaimed coffee fanatic and social mediaholic.

Wit Hegarty: Wit is currently a junior at Drake University. She studies psychology with a special interest in neuroscience. Wit is from Stillwater, Minnesota. She is currently the president of Rainbow Union, the GSA at Drake. Her life goal is to meet Ellen Degeneres.

Luana Nelson-Brown is a highly effective public speaker who has earned acclaim for her interactive cultural workshops for over ten years. Holding a bachelors degree in sociology and a masters degree in Public Health Luana has over twenty years of experience advocating for marginalized communities, exposing the facts regarding racial and ethnic disparities, advocating for victims of crime and working in the fields of corrections, social sciences and with women’s issues.

The former host of the internet talk show Brown on Black Luana generated an international audience by discussing the pressing issues in the African American community; Luana currently works for Iowa Attorney General’s Crime Victims Assistance Division and specializes in creating cultural change in our communities.

Carol Spaulding-Kruse is Professor of English at Drake. In addition to her courses in writing and literature, she teaches a First Year Seminar titled "Talking With The Enemy: Dialogue in a Polarized Age," an experiential learning course in which students practice several forms of public dialogue, including the World Café model they will participate in during the conference. Spaulding-Kruse's current FYS course will partner up with students enrolled in her Ray Society course of the same name in April, 2015.