Learn more about the speakers who will be leading our sessions. 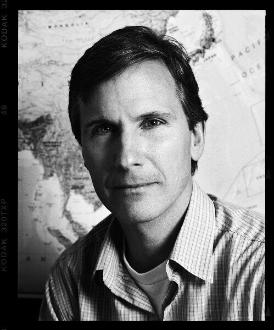 Raised in New York City and educated at Stanford and Nanjing universities, John Pomfret is an award-winning journalist who worked with the Washington Post for decades.

Pomfret was a foreign correspondent for 20 years and spent eight years covering big wars and small in Afghanistan, Bosnia, Congo, Sri Lanka and Iraq. Pomfret spent seven years covering China—one in the late 1980s during the Tiananmen Square protests and then from 1997 until the end of 2003 as the bureau chief for the Washington Post in Beijing.

Pomfret is the author of the best-selling Chinese Lessons: Five Classmates and the Story of the New China (1996). His book, The Beautiful Country and the Middle Kingdom: America and China, 1776 to the Present (2016) was awarded the 2017 Arthur Ross Award by the Council on Foreign Relations. His new book, From Warsaw With Love: Polish Spies, the CIA and the Making of an Unlikely Alliance was published in October 2021.

Kim Heidemann is a native of rural Story County, Iowa. She has attended both the University of Iowa and Iowa State University. She received an M.A. in Diplomatic Studies from the Diplomatic Academy of London at the University of Westminster (United Kingdom). Upon returning to Iowa, Kim started her career in international relations and citizen diplomacy with Iowa Sister States, where she had the privilege to work in several countries building relationships between the citizens and institutions of the State of Iowa and their counterparts in countries including China, Ukraine, Kosovo, Taiwan, Russia, Mexico, Tajikistan, Italy, Japan, and Malaysia. A highlight during her 15 year career at Iowa Sister States was working with the Iowa “Old Friends” as a liaison for projects and partnerships between Iowa and China. Kim continues to work within the international relations arena in Iowa by working at the Kosovo Consulate in Des Moines, and as a consultant for organizations looking to establish international partnerships.

Ambassador Kenneth M. Quinn, Ph.D. is the former U.S. Ambassador to the Kingdom of Cambodia and President Emeritus of the World Food Prize Foundation.

Ambassador Quinn first visited China in 1979, when he had the privilege to meet with Paramount Leader Deng Xiaoping and to travel extensively around the country. A year later, he escorted Governor Xi Zhongxun of Guangdong Province around Iowa on a tour with a particular emphasis on agriculture. Since then, Ambassador Quinn has made more than 20 visits to China and hosted several events of significance in Sino-American relations. In his capacity as Strategic Advisor to the U.S. Heartland China Association, he moderated the "U.S.-China Agricultural Dialogue" in 2022 that featured Ambassador Terry Branstad, current Chinese Ambassador to the U.S. Qin Gang, and current U.S. Ambassador to China Nick Burns virtually from Beijing.

David Skidmore, Ph.D. is Professor of Political Science at Drake.

During the 1996-97 academic year, he taught at the Johns Hopkins-Nanjing University Center for Chinese and American Studies in Nanjing, China. He also served as a Fulbright Scholar based at the University of Hong Kong in 2010-2011. Skidmore is author, co-author or editor of six books including The Unilateralist Temptation in American Foreign Policy (2011) and International Political Economy: The Struggle for Power and Wealth in a Globalizing World (2017). He has published in Political Science Quarterly, Foreign Policy Analysis, International Studies Perspectives, and the Chinese Journal of International Politics. His recent publications include “Searching for a ‘China Model’ along the Belt and Road” (forthcoming in Asian Politics and Policy). Along with journalist Kyle Munson, Skidmore co-hosted the podcast "US-China: Searching for Common Ground".

John M. Owen is Professor of Politics at the University of Virginia, and a Faculty Fellow at the Institute for Advanced Studies in Culture.

John is the author of multiple books, including International Politics: How History Modified Theory (2018). He has published in the European Journal of International Relations, Foreign Affairs, International Organization, International Security, International Studies Quarterly, National Interest, New York Times, and Perspectives on Politics. He has held fellowships or been a visiting fellow at such institutions as Harvard, Stanford, Princeton, Oxford, and the Free University of Berlin.

Her expertise is in Chinese foreign policy, U.S.-China relations and China’s relations with neighboring countries and authoritarian regimes. From 2011 to early 2014, she was a Visiting Fellow at the Brookings Institution, jointly appointed by the Foreign Policy Program and the Global Development Program, where she focused on Chinese national security decision-making processes and China-Africa relations. From 2008 to 2011, Yun was the China Analyst for the International Crisis Group based in Beijing, specializing on China’s foreign policy towards conflict countries and the developing world.