The Drake University Science Collaborative Institute (DUSCI) offers several avenues for alumni to connect with Drake and get involved with our undergraduates.

Science graduates could share their career experiences and current research endeavors by being part of the Drake University Science Colloquium Series or Life After Drake Series.

September 13, 2013, 12:00-12:50, Cline 206 - 2013 DUSCI Summer Research Students, Hannah Moses, TITLE: Voluntary Alcohol Preference Model in Drosophila, Abstract: Previous studies have shown that in a capillary assay fruit flies (Drosophila melanogaster) will voluntarily drink an ethanol-food mix, but will achieve low internal ethanol concentrations, precluding meaningful physiological effects .  The current experiments were designed to develop a new model of ethanol preference in flies.  In this model, naïve fruit flies were placed in a glass T-tube with an outlet on either end.  One arm of the t-tube contained vaporized ethanol and the other contained humidified air.  Flies could freely sample between the ethanol and air arms for the duration of the experiment.  Preference was assessed first in naïve flies, and we found strong relative aversions to ethanol concentrations above 10%.  In spite of the low preference for higher ethanol concentrations, the internal ethanol concentration of flies that voluntarily sampled 40% ethanol reached approximately 15 mM, a higher dose than has been reported for the capillary assay.  Removing the third antennal segment from the flies resulted in a marked increase in preference for ethanol, while a prior forced exposure to ethanol was ineffective at increasing preference.  These results suggest that our model of voluntary alcohol preference might provide a convenient means to study ethanol preference in an organism that is highly amenable to genetic and neurobiological analysis. Aubrey Lambach, TITLE: There’s Something in the Water: The Effects of Endocrine Disrupting Chemicals (EDCs) on Early-Onset Puberty in Zebra Finches Abstract: Endocrine disrupting chemicals (EDCs), such as bisphenol A (BPA) are found in many plastics and naturally-occurring plant-derived substances, and have been shown to mimic estrogen. EDCs are not restricted to BPA and even plastics that are considered “food safe” have been shown to release estrogen-like chemicals. In humans, fetal exposure to BPA has been shown to lead to lower birthweight, earlier pubertal development, increased prostatic growth, changes in mammary gland development, and alterations in sexual differentiation in the brain. Elevated EDC levels have been found in obese children and it has been shown that obesity may result in earlier onset of puberty in girls. This study investigated if zebra finches naturalistically exposed to EDCs develop: (1) changes in leptin sensitivity, (2) obesity, (3) early onset of puberty, and (4) altered reproductive success. Decreased egg viability and low chick hatch weight was observed in treatments groups exposed to BPA and estrogenic compounds through their daily water consumption. We continue to explore these effects as our offspring populations develop and enter reproductive maturity to determine potential multi-generational effects of EDCs.

October 4, 2013, 12:00-12:50 p.m., Cline 206 - Lisa M. Balbes, Ph.D. Balbes Consultants, LL, Title: Use of New Technologies to Enhance Your Career We all know the Internet and information technology have changed the way we do business. But how have they changed the way we find business, jobs, or even completely new careers? New technological tools such as blogs, social networking sites, wikis, telephone and video conferencing provide a wealth of information - both for you and about you. This presentation will focus on tools and techniques of particular use to science professionals, and how they can be used for both active and passive career development.

Life After Drake, Wednesday, October 23, 2013, 7:00 p.m. to 8:30 p.m.; Sussman Theater, Drake University, Dr. Robert Wallander - In this address, I will illustrate how my 4-year study for a Bachelor of Science at Drake University affected my life in the way a pebble in a pond creates ever-widening ripples. Those ripples then reach others and impact them in combined and expanding ways. Along the way in my Life after Drake, important influences would amplify what Drake started. Two key persons to play that part resulted directly from a vital relationship I developed as an undergraduate with Dr. Scott Wood. So while this is a look at my life after Drake, I wish to acknowledge the specific influences I encountered at Drake that helped establish crucial driving forces for all that would unfold. In particular, I wish to dedicate a portion of my time to Dr. Wood’s important presence at Drake University. He is no longer with us, but his influence continues, in my life after Drake and in the broader discipline and practice that he helped to shape on a massive scale.

November 18, 2013 12:00-12:50 p.m., Cline 206 - Dr. Linda Young, Director, X-Ray Science Division, Advanced Photon Source, Argonne National Laboratory, TITLE: Studying Structure and Function at the Atomic Level How does one peer into complex systems to understand structure and function?  Can such a tool help create designer materials and designer drugs?  A powerful tool to visualize matter at the atomic level is a synchrotron source that emits tunable, polarized x-rays to penetrate matter and provide elemental, chemical, and orientational selectivity.  In this lecture, I will describe the Advanced Photon Source, the nation’s most versatile x-ray synchrotron source and give examples of experimental programs that investigate material behavior at pressures equivalent to those at the center of the earth, control of phase changes in novel superconductors, and function in biological systems.  This lecture is made possible through the Distinguished Travelling Lecturer program of the Division of Laser Science of the American Physical Society.

February 4, 2014 12:00-12:50 p.m., Cline 206 - Dr. Jerry Honts, Associate Professor of Biology, Drake University TITLE: Rosetta Stone: Decipherng the Genes and Proteins of an Ancient Eukaryotic Lineage Alveolates comprise a diverse group of eukaryotic cells that have taken a much different path to complexity than multicellular animals and plants.  The ciliated protozoan Tetrahymena offers an excellent opportunity to explore the molecular and genetic basis of the evolutionary innovations apparent in alveolates.  Many of the novel characteristics of these cells originate from a complex yet dynamic membrane-associated cytoskeleton.  Proteomic analysis of this cytoskeletal framework has resulted in the identification of over three dozen different protein components.  Bioinformatics-based studies have revealed that many of the identified proteins are made up of a diverse set of conserved modules or domains.  These structural building blocks are also found in cytoskeletal proteins of other alveolates, yet the biological significance of these conserved structural elements is poorly understood.  Structural biology and biophysical approaches are being used to decipher the properties of these structural units, in order to understand how they generate the complex structure and behavior of alveolate cells.  These studies also bear on human medicine, since many of the identified protein modules or domains are found in proteins of parasitic alveolates (e.g., the malarial organism).  Since these proteins are apparently unique to alveolates, they could serve as excellent targets for molecular-based therapies aimed at treating parasitic diseases that still afflict a substantial portion of humanity.

February 21, 2014 12:00-12:50 p.m., Cline 206 - Dr. David Senchina, Associate Professor of Biology, Drake University TITLE: Running Their Own Pace: Biology Undergraduates' Research in Exercise Science and Sports Medicine  Beginning in 2008, Drake undergraduates working with Dr. Senchina established a new line of research at Drake focusing on students' personal questions about exercise science and sports medicine.  Students' questions were initially and are still primarily about athletic footwear, but other projects from exergaming to human performance analyses have also been conducted.  This presentation will showcase the students' accomplishments in the first years of the lab through today.  Three biology majors currently at different stages of the research process will share their experiences: Haley Hicks will talk about her research on the effects of running on maximum vertical jumping, Travis Merritt will talk about his work on the effects of ankle braces on lower body kinematics during the back squat, and Joel Greenya will talk about his projects on how well the body perceives running shoe mass under various conditions.  Bookending the students' vignettes, Dr. Senchina will share information about the lab's formation, outcomes from the students' original research, and the team's future directions.

March 7, 201412:00-12:50 p.m., Cline 206 - Dr. Sheila Baker, Assistant Professor of Biochemistry and Ophthalmology & Visual Sciences, University of Iowa TITLE: Trafficking of Membrane Proteins in Photoreceptors Form and function are intimately related. At the cellular level, the photoreceptor provides an excellent example of this concept. The photoreceptor is organized such that one compartment is optimized for photon capture, another compartment is dedicated to cell maintenance, and a third compartment is organized to sustain high levels of neurotransmission. The mechanisms ensuring the sorting of proteins to the appropriate compartment are poorly understood. In order to unravel these processes, each project is centered on selecting a representative protein from each photoreceptor compartment and dissecting the elements required for the proper trafficking of that protein. This is accomplished using a combination of cell biological, biochemical, and genetic experiments in mouse and frog retina. I will discuss what is known about selective and non-selective accumulation of membrane proteins in the light sensitive compartment. Then share our most recent progress in understanding the requirements for the trafficking of voltage-gated channels to the inner segment and synapse. Intriguingly, our analysis of the calcium channel, Cav1.4, in the synapse has revealed a new mode by which this channel contributes to the assembly and maintenance of the synapse. All together this work will provide novel insights into the inner workings of the photoreceptor in health and disease.

Spring 2006 Dr. Albena Ivanisevic, Associate Professor of chemistry at Purdue University "The fabrication and characterization of biological and chemical architectures." 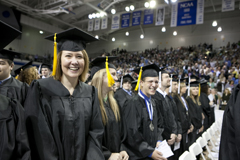