In 2006, DUSCI launched the Life After Drake Series that brings to Drake successful alumni to celebrate their accomplishments, afford students the opportunity to meet alumni in math and science and, develop a closer relationship with them.

Twelve years after starting college at Drake University, I am in-house counsel for Kemin Industries, Inc. My journey has been one of hard work, dedication, and luck. While we are taught to plan our futures in great detail, we often fail to realize that some of the best and most life changing opportunities happen at a time and in a manner that is unexpected. What I learned during my tenure at Drake, as both a student and employee, is that you have to make the most of each opportunity that is presented to you, embrace change, accept challenges, and never stop trying. Every day is a lesson that will be put to great use at some unknown time in the future. I will share how being a Biochemistry, Cell and Molecular Biology student, general chemistry lab instructor, and law student at Drake prepared me to be a Corporate Regulatory Affairs and Intellectual Property Attorney. 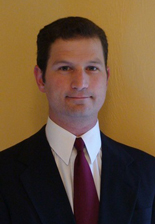 In this address, I will illustrate how my 4-year study for a Bachelor of Science at Drake University affected my life in the way a pebble in a pond creates ever-widening ripples. Those ripples then reach others and impact them in combined and expanding ways. Along the way in my Life after Drake, important influences would amplify what Drake started. Two key persons to play that part resulted directly from a vital relationship I developed as an undergraduate with Dr. Scott Wood. So while this is a look at my life after Drake, I wish to acknowledge the specific influences I encountered at Drake that helped establish crucial driving forces for all that would unfold. In particular, I wish to dedicate a portion of my time to Dr. Wood’s important presence at Drake University. He is no longer with us, but his influence continues, in my life after Drake and in the broader discipline and practice that he helped to shape on a massive scale.

My Life's Journey and the Lessons I've Learned

Dr. Amy Bingaman is currently a physician with Iowa Health Systems. She graduated from Drake University with a BA in Biology in 1997 and later graduated from the University of Iowa Medical School. She was a resident at the Naval Medical Center in Portsmouth, Virginia, and now works for Iowa Health Physicians & Clinics in Des Moines. Dr. Bingaman will discuss the path that took her from nursing student to Drake University undergrad to medical school and into professional practice. 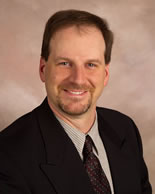 Bigger, Hotter, and Faster: Extreme Physics at the X-Games of Science

In a prescient 2003 report by the National Research Council1, high energy density science was called out as one of the last true scientific frontiers, a field where the pace of discovery would undoubtedly be fast and furious. Fast forward seven years: we’re at the cusp of a landmark achievement of modern science—in a few months, researchers will attempt for the first time to use 192 lasers beams at the National Ignition Facility at Lawrence Livermore National Laboratory to compress a tiny pellet of deuterium and tritium fuel to extreme density (100 times that of lead) and temperature (100 million degrees). If successful, controlled thermonuclear burn “ignition,” getting more energy out than put in, will be realized for the first time in the laboratory. Fusion is the same energy source that fuels the sun; this research could pave the way for the development of true “carbon neutral” energy.

We can go even more extreme: using the ultra-high intensity short-pulse laser at the Los Alamos National Laboratory Trident facility, the speaker and colleagues were able to create even more exotic, relativistic matter in the laboratory, achieving temperatures as high as a trillion degrees2. Under these conditions, some of the largest electric and magnetic fields ever measured on Earth are generated, which make beams of charged particles millions of times brighter than conventional accelerators and enable applications ranging from the treatment of tumors to the discovery of illicit nuclear explosives smuggled into our nation’s ports.

Underpinning these discoveries are advances in supercomputing with today’s Petaflop/s platforms, capable of a million billion mathematical operations per second. These new computers require a complete rethinking of how we go about modeling scientific processes. This talk, accessible to a non-technical audience, will highlight these and other exciting developments in high energy density science in which the speaker has had the good fortunate to participate. 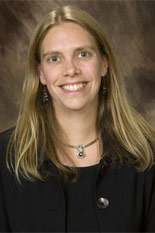 Life as a Bulldog: How Drake Shaped My Career as a Psychologist

The lessons that Drake taught me have guided me through graduate school at the University of Iowa, five years of postdoctoral research in the Chicagoland area, and recently to the Northern Illinois University Department of Psychology. In my current faculty position, I participate in education, research, and scientific outreach in a dynamic and flexible work environment. I will discuss briefly my work involving animal models to understand issues relating to stress, emotion, heart disease, and social behavior. 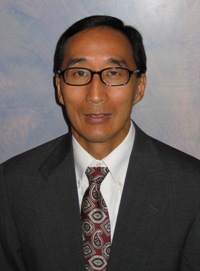 Life After Drake: Following an Educational Path to Fulfillment 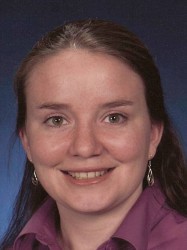 From Drake University to X-Rays in Space 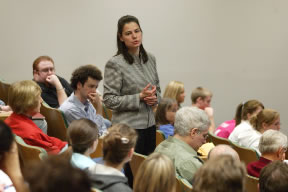 The Fabrication and Characterization of Biological and Chemical Architectures