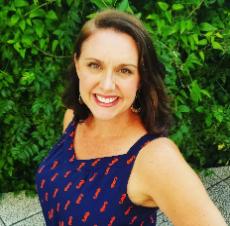 Christine Blanner is a soprano from Kirkwood, Missouri. Christine received her Bachelor of Music from Drake University in 2003 after which she moved to Boston, MA and received her Masters of Music from the New England Conservatory of Music in 2006, graduating with academic honors. Christine has performed many roles all over the country and has sung in recitals and concerts throughout Europe in Italy, Switzerland, and France.

In 2008 Ms. Blanner performed a recital of American art songs and arias at the Salon de Bourguignon during the Fête de la Musique in Chouzy-sûr-Cisse, France and in the summer of 2012 traveled to Shanghai, China to perform at the Shanghai International Youth Festival.