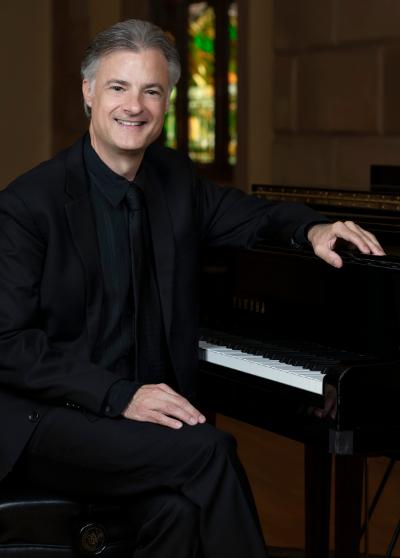 Nicholas Roth began formal studies at age twelve, receiving critical acclaim for his appearances by the age of eighteen. He appeared as soloist with the St. Louis Symphony and the Indianapolis Symphony under Raymond Leppard, among many others. Roth is a featured performer and teacher throughout North and South America, Europe, and Asia. He is a Yamaha Artist, a Beethoven Fellow of the American Pianists Association, earned prizes in the chamber music competitions of Tortona and Pietra Ligure, Italy, and received a DAAD grant to further his studies in Germany.

Roth holds the Doctor of Musical Arts degree from Michigan State University, Artist Diplomas in solo piano performance and art song collaboration from the Hochschule für Musik in Munich, and MM and BM degrees from Indiana University, where he was also the recipient of the Jacobs School of Music's highest honors, including the Performer’s Certificate and the Joseph Battista Memorial Scholarship. He studied with Ralph Votapek, Elisso Virsaladze, Helmut Deutsch, Edward Auer, Emilio del Rosario, and Michel Block.

Roth has taught masterclasses at Indiana University, SoundSCAPE Festival in Italy, Isidor Bajić School of Music in Serbia, Conservatorio Superior Nacional de Musica in Quito, Ecuador, International Beethoven Festival in Chicago, Vanderbilt University, and the University of Chicago and many other schools in the USA.

Roth was honored by the House of Representatives of the General Assembly of the State of Indiana for his "contribution to the performing arts, his accomplishments as a concert pianist, and his inspiration to young musicians." He has presented masterclasses and concerts at Minzu University, Beijing Normal University and Art Education School of Huaxi in China as well as Pusan National University in South Korea. He has also taught for the Edward Auer Summer Piano Workshop at the Jacobs School of Music of Indiana University and the Classical Music Festival Piano Seminar in Eisenstadt (Austria). Since 2017, Roth has served on the faculty of the Ono Zone International Music Festival in Quito, Ecuador.

Roth recently participated in a performance of the Hexaméron for six pianos and orchestra in Baku, Azerbaijan. He was featured on A Prairie Home Companion with Garrison Keillor and collaborated with Robert Spano in a performance of Gershwin’s Rhapsody in Blue. Roth is the founder of the Drake University Keys to Excellence Piano Series, featuring renowned artists from all over the world.