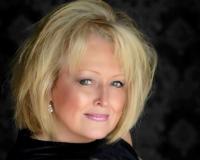 Leanne Freeman-Miller, soprano, is a Professor of Voice at Drake University, teaching studio voice, vocal pedagogy, and Italian & German diction. In May 2006, she received the Madelyn Levitt Teacher of the Year award, Drake’s highest honor awarded to faculty for teaching. Ms. Freeman-Miller has appeared frequently as a soloist with many performing groups in the Midwest region in oratorio and opera. She was the soprano soloist for Stephen Paulus’ To Be Certain of the Dawn at the Des Moines Civic Center, and has also appeared on the Salisbury House Chamber Music series, Onstage at the Des Moines Art Center, and has extensive musical theatre experience in both performing and musical direction. Music directing credits at Drake include Cabaret, Bare, and A Little Night Music.

An active recitalist, Ms. Freeman-Miller and her collaborative pianist, Michelle Havlik-Jergens, have performed numerous recitals locally, regionally and nationally, including venues in the San Francisco Bay Area, Austin, Texas, Seattle, Washington, and San Diego, California. Their compact disc, “Letters from the Garden”, recorded in 2010, features contemporary repertoire by female composers. Ms. Freeman-Miller traveled to Shanghai, China in 2009 as a soloist in performances with the Bravura Orchestra, New Jersey, including a performance for the World Youth Conference at the internationally acclaimed Shanghai Oriental Art Center. In June 2011, she and her students traveled to China, performing and conducting master classes at Hebei Normal University and Minzu University in Beijing. She returned to Minzu in May 2012, performing a recital, conducting master classes, teaching students, and researching a possible partnership between Drake and Minzu.

Ms. Freeman-Miller was a voice faculty member for the International Lyric Academy in Viterbo, Italy in July 2012, working with singers from around the world. She has twice been a Regional Finalist in the Metropolitan Opera National Council Auditions and is a member of Pi Kappa Lambda, national honorary music society.

Ms. Freeman-Miller is also a renowned teacher in the mid-west region. Her students are frequent winners of the National Association of Teachers of Singing (NATS) and Music Teachers National Association (MTNA) competitions (several national finalists and two national winners), Quad Cities Opera Young Artist Competition, and have been semi-finalists in the Singer of the Year Competition, sponsored by Shreveport Opera. Students have also been accepted to national and international summer programs, including Seagle Music Colony in New York, University of Miami, Salzburg, AIMS in Graz, Austria, Oberlin in Italy, La Musica Lyrica and International Lyric Academy, Italy, the Intermezzo program in Belgium, and have performed roles with Cedar Rapids Opera, Shreveport Opera, among others. Her student, Leah McIntire-Barnett, has been a featured soloist in concerts with operatic bass-baritone Simon Estes. Two former students have been members of the internationally famous male a cappella ensemble, Chanticleer. She is currently Governor of the District NATS Chapter and is in demand as an adjudicator and clinician.