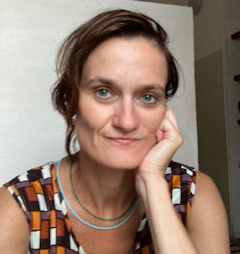 My PhD in anthropology is from the School of Oriental and African Studies (SOAS) in London, with a dissertation on traditional healers in Mozambique. After obtaining my PhD, I moved to South Africa, where I served as a Mellon postdoctoral fellow at the Department of Anthropology at the University of Witwatersrand in Johannesburg.

With areas of focus in Eastern and Southern Africa and the Western Indian Ocean, my research interests are in healing, spirit possession, Islam, gender, violence and memory. I have conducted extensive fieldwork in the city of Nampula in northern Mozambique. Based on this research, I have published on spirit possession, Islam and matriliny, children afflictions, religious change and gender.

I am currently working on a second book project, tentatively entitled “Spirituality, Memory and Power among the Makhuwas of northern Mozambique”. Building on recent and ongoing fieldwork in northern Mozambique, this historical ethnography explores a variety of discourses and practices around spirit mediumship, including illness narratives, spirit stories, religious conversion, family genealogies, private and public rituals, and personal accounts of magic warfare, through which Makhuwa mediums—and their patients—not only seek to refashion their past but also take center stage in the recent Mozambican history.

"At Ansha’s: Life in the Spirit Mosque of a Healer in Mozambique” (Medical Anthropology Series, Rutgers University Press, 2021)

“I Am a Man of Both Sides: Female Power and Islam in the Life and Work of a Spirit Healer in Northern Mozambique." International Feminist Journal of Politics 23/2 (2021): 198–220.

“Muslims of the Mosque, Muslim of the Spirits: Competing Ideas of Being Muslim in Northern Mozambique.” Special issue edited by Dorothea Schulz and Tea Virtanen. “Performances of Belonging, Difference and Exclusion in Muslim Africa.” Journal for Islamic Studies 35 (2016): 70–106.

“The Night War of Nampula: Vulnerable Children, Social Change, and Spiritual Insecurity in Northern Mozambique.” Africa, the Journal of the International Institute 86/3 (2016): 528–551.