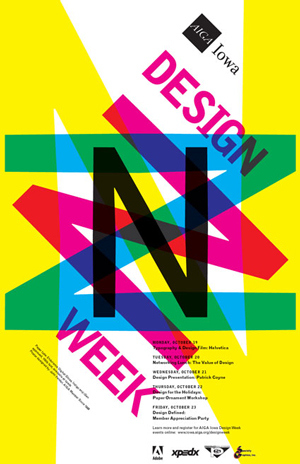 John Fender has taught on the faculty of the Department of Art and Design since 1999. He is head of the graphic design program and acts as the Design Director for the Anderson Gallery. He received a B.F.A. in Design, a M.A. in Design and was awarded an M.F.A. with Commendation in Design, all from The University of Iowa. Before coming to Drake, he taught courses in graphic design at the University of Iowa (1992-1995) and Morningside College (1995-1999). Fender teaches at all levels of the graphic design program from introductory to advanced courses.

Fender has run a design consultancy and production office under the moniker of Fender Design Office since 1995, which pursues a wide range of commercial design projects. His professional experience encompasses a variety of print based productions, video graphics and web design. A combination of agency and freelance practice has allowed Fender to work with a diversity of clients primarily from small businesses and non-profit organizations. His studio work explores ideas of re-purposing, re-cycling and re-claiming materials and ideas. Currently, Fender is taking a hiatus from commercial work and is pursuing a series of hand made book forms derived from found source material.

His studio work attempts to create a location, where there is no content, only a construct formed through interpretation. The work is in essence a narrative where he presents ideas, objects, places or people as elements and symbols, then places these artifacts into a context that forces one to create a relationship.

Fender sees art as an activity of inquiry, existing in an intangible space between social structures and the individual. Its purpose is to explore the moral and ethical underpinnings of our culture. In his art, he attempts to create situations that force an individual to question the assumptions one must make in order to achieve understanding.