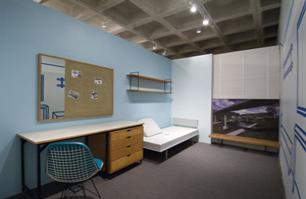 Maura Lyons received her M.A. and Ph.D. in Art History from Boston University, with a specialization in the art and architecture of the United States.

Her interest in art history derives from the way that it opens up an understanding of the past through tangible, material objects – things that were made, held, shared, and displayed, and the equally tangible impacts, both positive and negative, that such objects have on our world. A lot is at stake in the messages of visual art, including how we think about other people, our environment, and what is worth preserving.

Much of her scholarship and teaching focuses on landscape art – and the way that it pinpoints the changing relationships that humans construct with the natural world. Images of a battlefield from the U.S. Civil War, the design of Drake’s campus, and contemporary art tackling climate change all create meaning by shaping, depicting, and interpreting the places where the human and nonhuman meet.

Lyons has co-curated four exhibitions for Drake’s Anderson Gallery, three with students, thereby combining her research and teaching interests. Building a Modern Campus: Eliel and Eero Saarinen at Drake University (2008) analyzed the work of the internationally acclaimed architects Eliel and Eero Saarinen on the Drake University campus during the late 1940s and 1950s. Magpie Tendencies: The Work of Jennifer Angus (2013), co-curated with Angela Battle, transformed the gallery into a cabinet of curiosities featuring hundreds of insects. Draw Your Weapons! Civil War Cartoons from Harper’s Weekly (2013-14) showcased editorial cartoons on the subject of the Civil War from the pages of Harper’s Weekly magazine. Mies/Weese at Drake: Where We Live and Work (2017), examined the campus architecture designed by Ludwig Mies van der Rohe, Harry Weese, and Ben Weese during the 1960s and 1970s, including the perspective of the buildings’ users over time. These exhibitions were supported by grants from Humanities Iowa, the Iowa Arts Council, and the State Historical Society, Inc.

Her current projects include a book on the role of intermediality in the creation of visual culture during the U.S. Civil War and a new course focusing on the physical and symbolic properties of art materials.