Astronomy at Drake University began as early as the University’s founding. In 1884, Francis Marion Drake donated an eight and a half inch refracting telescope. It was originally housed at Drake’s “Science Hall.” Daniel Morehouse was one of the first undergraduate students to benefit from this research tool. Dr. Morehouse would go on to become the visionary leader of the Municipal Observatory Project.

In 1908, Dr. Morehouse  discovered a comet while studying for his graduate degree at the University of Chicago. He was awarded the Donahue Comet Medal for his discovery. After earning his Ph.D. from the University of California, he returned to Drake in 1914 as an astronomy professor. He served as university president from 1922 until his death in 1941. Even after becoming university president, Morehouse remained an avid astronomer, teaching at least one astronomy course each semester. 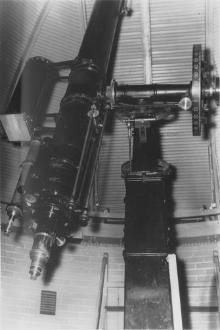 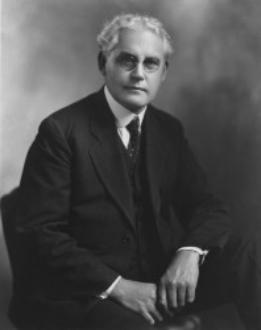 The comet which Dr. Moorehouse discovered

The architecture is classic of the severe Grecian type and the structure is "T" shaped in plan. Construction is load-bearing masonry with reinforced concrete floors and roof. The operable copper dome at the center of the building houses the main telescope. The exterior of the structure is gray Bedford limestone. The building is dedicated to Daniel Walter Morehouse, Ph.D., astronomer and physicist. His ashes, and those of his wife, Myrtle, are interred inside the observatory.

Drake Municipal Observatory under construction in 1920

entrance to Drake municipal observatory in 2016

You can learn more by reading the wonderful, detailed History of the Municipal Observatory written by Drake Alumni Kaley Wresch and Deborah Kent.

In the century since its founding, Drake Astronomy students and members of the Greater Des Moines community both have enjoyed stargazing at the Municipal Observatory. The public nights program represents the ongoing commitment to the public/private collaboration between the city and the university. Each year more than 2,300 visitors enjoy the Observatory at the Public Nights programs. Student researchers in Drake University’s astronomy program take observing classes at the Municipal Observatory as part of their degree. Some of these students have gone on to graduate school and careers in astronomy.