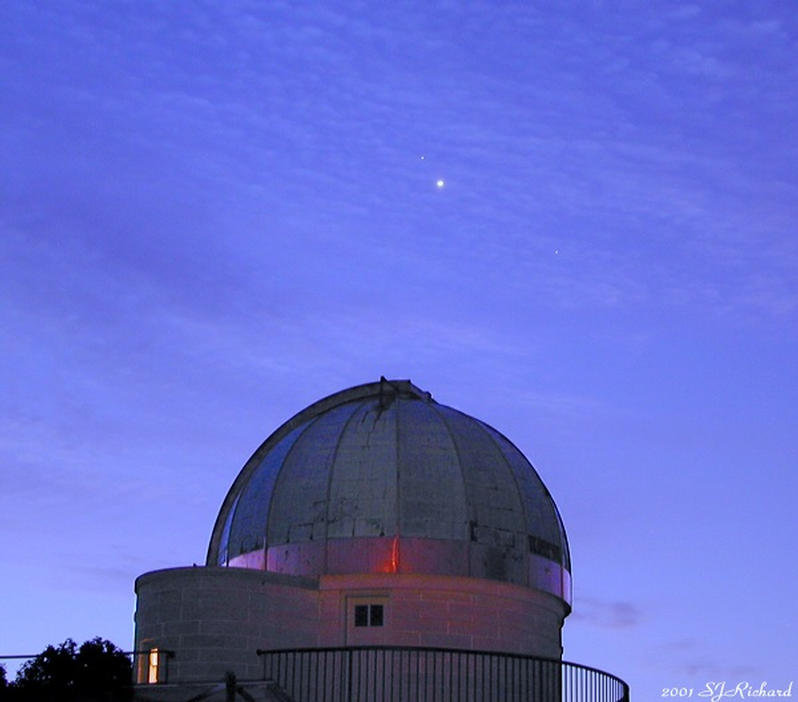 The Drake Municipal Observatory is operated jointly by the City of Des Moines and Drake University. The observatory contains an eight and a half inch refracting telescope which was built in 1894 and donated to Drake University by Francis Marion Drake.

It is located on the grounds of the Waveland Golf Course and is open to the public during our Public Night series held each spring, summer and fall on successive Friday nights.

The image on this page is is courtesy of astrophotographer Stan Richard and shows Venus and Saturn in conjunction on the morning of July 15, 2001.