Now in its 10th season—and after a two-year hiatus—Drake University’s Keys to Excellence Piano Series resumes featuring internationally acclaimed pianists from around the world.

Sławomir Dobrzański, professor at Kansas State University, will present the first concert of the 2022–2023 season on Monday, Oct. 3, at 7:30 p.m. in Sheslow Auditorium. Admission is free. The performance will feature works by Bach, Mozart, Chopin, and Szymanowski.

Dobrzański will also present a free public masterclass for Drake piano students on Sunday, Oct. 2, at 4 p.m. in Sheslow Auditorium. All are welcome to attend. 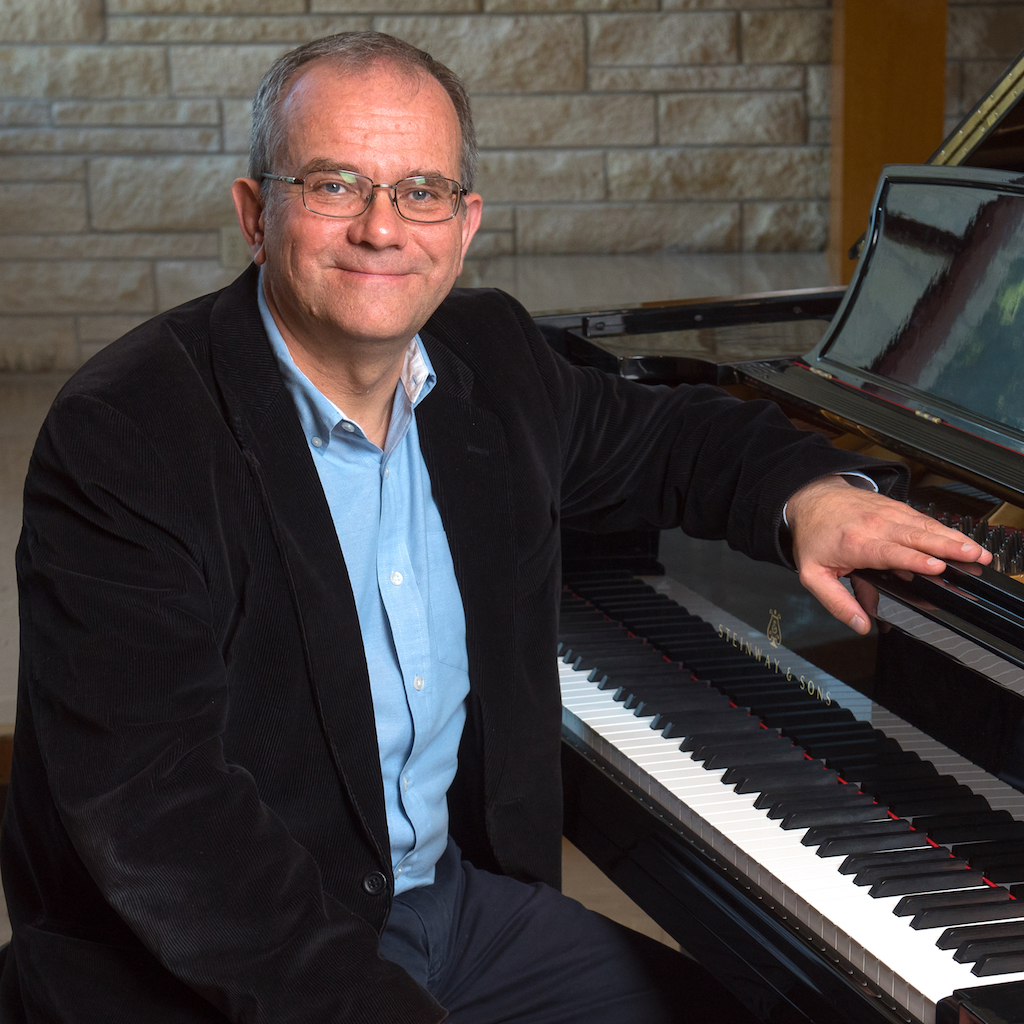 Praised by the Buenos Aires Herald as “one of the best Polish pianists,” Dobrzański currently serves as professor of piano at the School of Music, Theatre, and Dance at Kansas State University. Originally from Wrocław, Poland, he is a graduate of the Fryderyk Chopin University of Music in Warsaw, Poland, and the University of Connecticut.

Dobrzański released several world-premiere recordings of piano music by Maria Szymanowska (1789–1831), Anton de Kontski (1816–1899), Wiktor Łabuński (1895–1974), and Károly Aggházy (1855–1918), published by the London-based label Acte Prealable. He is also an author of the first biography of Maria Szymanowska in the English language.

As a soloist and chamber musician, Dobrzański performed in more than 20 countries in Asia, Europe, North America, and South America.

Recently, the pianist was honored with the title of “Meritorious for National Culture” by the Government of the Republic of Poland.

All performances begin at 7:30 p.m. in Sheslow Auditorium and are free and open to the public.

Keys to Excellence is supported by Drake University Jordan Concerts. For more information, contact Nicholas Roth at 515–321–5947 or nicholas.roth@drake.edu.