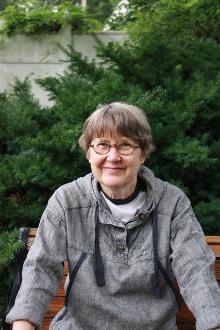 Deborah A. Symonds offers courses in early modern and modern European history, covering topics in women’s history, intellectual life, Karl Marx, WWI, and the industrial revolution. Teaching online and in the classroom, she helped develop Drake’s world history sequence in the 1990s, as well as the women’s studies program.

Her research interest is 18th century Scotland, and she works in the extensive records of the High Court of Justiciary, the criminal court system handling capital crimes from treason to notorious adultery. Published work includes Weep Not for Me: Women, Ballads, and Infanticide in Early Modern Scotland, Notorious Murders, Black Lanterns, & Moveable Goods: The Transformation of Edinburgh’s Underworld in the Early Nineteenth Century,  and two edited collections of articles and primary sources: History & Women, Culture and Faith: Selected Writings of Elizabeth Fox-Genovese Volume I and Narratives of the Poor in Eighteenth-Century Britain.

She is currently at work on something not at all Scottish, a biography of Elizabeth Fox-Genovese, a noted and notorious scholar in many fields, including women’s history and the ante-bellum U.S. south. Next projects include a study of High Court cases in which magical thought, cursing, and second sight collide with the reason and logic of court officers; and an investigation of women in the Scottish Enlightenment.

Symonds is a New Englander who has lived in Massachusetts, Vermont, New Hampshire, Scotland, New York and Pennsylvania. She has a B.A. from Bennington College, an M.Litt. from Edinburgh University, and an M.A. and Ph.D. from Binghamton University. She previously taught at Bucknell University before coming to Drake in 1989. Outside interests include her family, historic preservation (chiefly of their house), and cats and dogs.