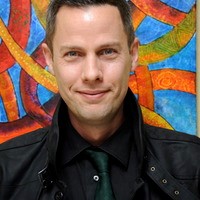 Robert Collis teaches European history, specializing in Russian history (particularly in the eighteenth century) and the history of Western esotericism. He also teaches a course on world history since 1750.

Collis earned his BA (Hons) and MA degrees from The University of Sussex in Britain. He began his doctoral studies at The University of Sheffield before transferring to The University of Turku (Finland), where he was awarded his doctorate in 2008. His doctoral thesis, The Petrine Instauration: Religion, Science and Esotericism at the Court of Peter the Great, won the European Society for the Study of Western Esotericism Thesis Prize in 2009 and a revised version was published by Brill in 2012. He was a Leverhulme Early Career Fellow at The University of Sheffield between 2010-2012 and a Research Fellow of the Collegium for Advanced Studies at The University of Helsinki (Finland) between 2013-2014. In 2016, Collis was elected a Fellow of the Royal Historical Society (of Great Britain). Collis was the co-editor of the Journal for Research into Freemasonry and Fraternalism between 2009-2012 and has been the managing editor of VIvliofika: E-Journal of Eighteenth-Century Russian Studies since 2015.

He has published widely on aspects of Russian history, the history of Western esotericism and Jacobite history and his articles have appeared in various peer-reviewed journals, including The American Historical Review, The International History Review, Russian History, Russian Literature, The Slavonic and East European Review, Jahrbücher für Geschichte Osteuropas and Aries: Journal for the Study of Western Esotericism. In 2020, Oxford University Press published his second book, co-written with Natalie Bayer, entitled Initiating the Millennium: The Avignon Society and Illuminism in Europe.

Collis grew up in the market town of Bury St. Edmunds in Suffolk, England. He remains an avid supporter of the local football team, Ipswich Town FC, despite their current lowly status. In his spare time he enjoys relaxing with his wife and two boys. He also enjoys listening to music, playing the guitar (when time allows) and, in the Age of Covid, Zoom quizzes with old school friends.