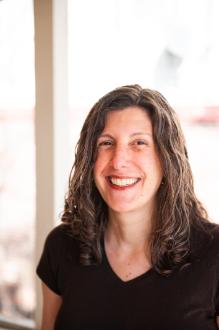 Professor Klimaszewski's research and teaching interests lie in several fields, including British Victorian studies, critical race studies, feminist studies, and the literature of South Africa. Critical race theory constantly informs her work as she interrogates how literary texts construct, question, or embody notions of racial identity, "purity," and racial mixture. Her scholarship looks at familiar figures, such as Charles Dickens or Wilkie Collins, from new perspectives and pays prolonged attention to works or authors that scholars have neglected. She has edited nine of Dickens's collaborative texts for publication with Hesperus Press, authored a selective and critical bibliography of Dickens for Oxford University Press's online database, and authored brief biographies of Wilkie Collins and Charles Dickens.

Klimaszewski's latest book, Collaborative Dickens, was published in 2019 by Ohio University Press. It is the first book to study Dickens's collaborative Christmas Numbers in their complete forms, which include contributions from nearly forty other writers, many of whom were women. Klimaszewski also has a forthcoming essay on references to Dickens in rap music. Her earlier work studies representations of wet nurses and nursemaids in Victorian culture.

Dr. Klimaszewski's courses ask students to pay close attention to textual detail in order to figure out how literary texts achieve their effects (in other words, how they do what they do). She has developed travel seminars that have taken students to South Africa twice and to Britain four times. When she's not hiking up Welsh mountains with students, she enjoys traveling sola, swimming in large bodies of water, growing flowers, listening to Stevie Wonder, and watching Michigan football.