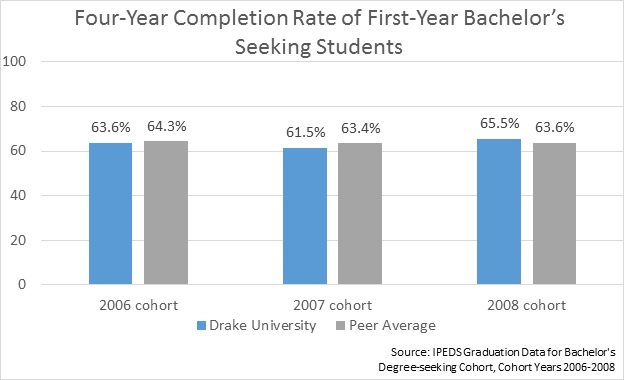 On average, Drake University has a comparable percentage of bachelor’s seeking undergraduates who complete in four years compared to peer institutions. The average rate across the three most recent years of available data is 63.5% for Drake and 63.8% for peers. Readers should note that this does not include students entering Drake seeking a Doctorate in Pharmacy degree. 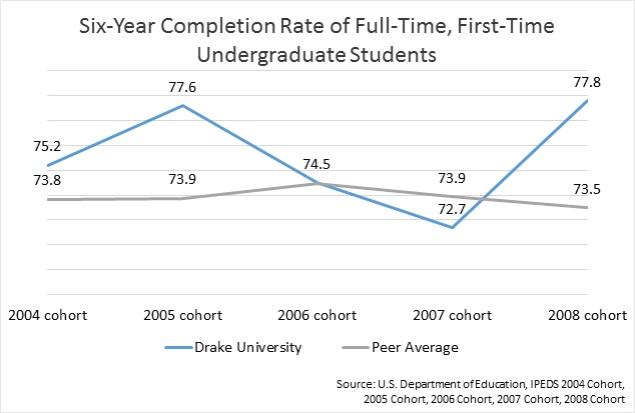 The percent of students who complete a degree at Drake is directly related to our retention rate from the first year at Drake to the second, making students’ first year a critical point in their long-term success at Drake. 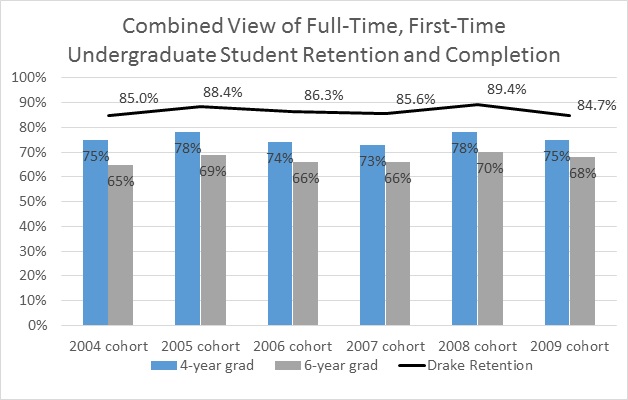 ‌Looking at this data, one predictor of an increased 4- and 6-year graduation rate is the one-year retention rate for first-year students. Each of us can make a difference in student persistence and success. We encourage you to review this information, connect with current initiatives, and suggest additional ways to enhance student success at Drake.

The data and rankings found that Drake gives its graduates a higher boost to mid-career earnings compared to our peer institutions and Iowa’s other four-year colleges and universities. 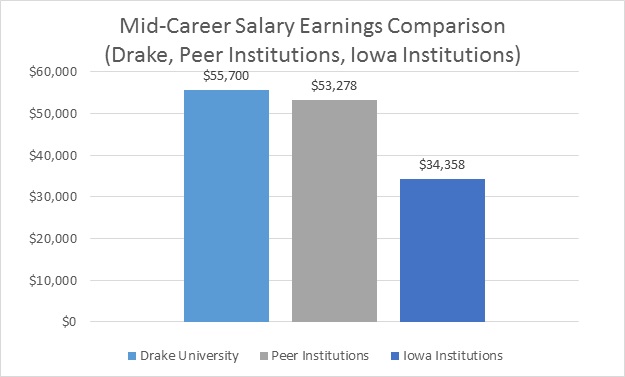 A new ranking by The Economist of all U.S. four-year, non-vocational colleges and universities places Drake University 17th in the nation for value. The Economist used the federal Department of Education’s data on college graduates’ mid-career earnings to identify the “gap between how much money graduates earn and how much they might have made had they studied elsewhere.”  Out of 1,283 colleges, Drake ranked 17th for return on investment. The study found that Drake University degree recipients earn $8,799 more per year, 10 years after graduation, then they would have been expected to earn had they attended another college or university.

The Brookings Institution released its own value rankings, using the same federal scorecard data but a different formula. The rankings placed Drake in the top 100 four-year schools. Drake University gives its graduates a higher boost to mid-career earnings than do Iowa's other four-year colleges and universities, according to new rankings by the Brookings Institution.

The figure above uses data from the College Scorecard to present median mid-career salary earnings for Drake, peer institutions, and Iowa institutions (four-year).