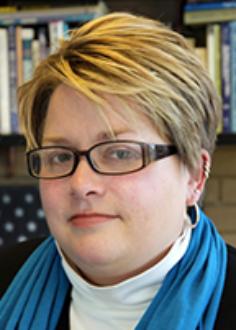 Professor Rachel Paine Caufield earned her Ph.D. at The George Washington University in Washington, D.C., specializing in American politics and political science methodology, and her B.A. at Hood College in Frederick, Maryland, majoring in Political Science and Mathematics. She joined the Department of Political Science at Drake in 2001, and teaches courses on American politics, with special attention to political institutions (Congress and the Legislative Process, Judicial Politics, and the American Presidency). Prior to joining the Drake faculty, she was a Research Fellow at the Brookings Institution in Washington, D.C. studying the relationship between the U.S. Congress and the U.S. Supreme Court. During her tenure at Drake, she spent 10 years as a Research Fellow with Te American Judicature Society (2003-2013), where she conducted research on state judicial selection methods, trends in judicial elections, and the rules and procedures governing state merit selection systems.

Professor Caufield loves the big marble buildings in Washington, D.C., but she has also become an avid devotee of the Iowa caucuses.  In 2016, she published The Iowa Caucus with Arcadia Press.  For the past two presidential campaign cycles, she has organized efforts to get students involved in the caucuses, has coordinated candidate visits to campus, and led the campus effort to host national presidential debates and forums with ABC, CBS, CNN, and Fusion TV. For three years, she served as the Associate Director for Citizen Engagement at the Harkin Institute for Public Policy and Citizen Engagement, working to bring students and the community together to create a more vigorous and meaningful public dialogue.