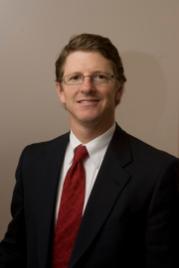 Dr. Lawton is the Vice President of Business Development and Physician Services at Littleton Adventist Hospital, a 231-bed acute-care hospital in Suburban Denver, Colorado. He holds a bachelor's degree in pharmacy from Drake University, a Doctor of Pharmacy degree from the University of Kansas, and an M.B.A. with a major in Health Administration from the University of Colorado. He has also achieved the designation of Fellow in the American Society of Health-System Pharmacists (FASHP).

Prior to his current role, Dr. Lawton had practiced for 18 years as a clinical pharmacist and pharmacy director for several HCA, Triad, and private hospitals. He is the recipient of numerous awards including the Distinguished Young Pharmacist, State of Colorado, 1997, the Colorado Pharmacists Association President's Award for Leadership, 1998. The 2003 ASHP Best Practices Awards in Health-System Pharmacy, and the Pharmacist of the Year, State of Colorado, 2006.

Dr. Lawton is a member of the American Society for Health-System Pharmacists and The Colorado Pharmacy Society.