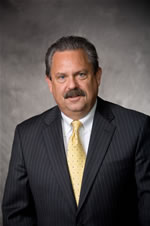 Mr. Temple is a member of several professional organizations including the IPA, the American Pharmacists Association, the National Alliance of State Pharmacy Associations (NASPA), and the American Society of Association Executives (ASAE). A past president of NASPA, he has served as a Board member for Quality Assurance, Inc., the Pharmacy Marketing Group, NASPA-Quality Improvement, Inc, and the Iowa Initiative to Reduce Unintended Pregnancies, and as a member of numerous professional committees including Medic Alert National Task Force, ACPE's CE Advisory Council, ACPE's Doctoral Fellowship Committee, the State Advisory Panel to the National Pharmacy Technician Certification Board and Advisory Committees for Drake University, the University of Iowa and the University of Illinois Colleges of Pharmacy. He has also served as a member of Pharmacy Advisory Boards for Upjohn, Glaxo Wellcome, Merck, Hoechst Marion Rousell, and PCS.