Home  »  Diversity, Equity & Inclusion  »  Who We Are  »  Student Testimonials
Skip Sub Menu
Who We Are

You've heard what we have to say, now listen to what our students are saying about Diversity, Equity, & Inclusion at Drake. 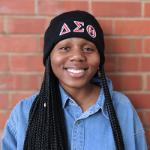 “My experience with diversity at Drake has definitely changed over the past four years. Compared to my freshman year, diversity is way better than it used to be. That’s not only thinking about students of color but also about different sexualities, religions, physical and mental abilities, all that type of stuff. When I came here my freshman year, I remember looking around and it was just like the same type of person, mostly just white students, and now I see a lot more of different types of marginalized identities, so Drake is definitely improving in that way. I still think there is a long way to go to make sure people with marginalized identities feel safe and comfortable on campus, and of course, we know that from the incident that happened last semester. But Drake did a really good job after the incident of being supportive for students of color and making sure they feel safe. I just feel like that same energy needs to be applied towards all diversity and inclusion initiatives, and it shouldn’t just be a proactive thing.” 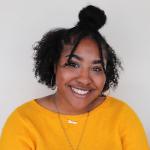 “My greatest struggle right now is creating a new organization on campus. I’m in the midst of trying to bring a chapter of the NAACP to Drake. There’s already a space for almost every culture, but there’s no space for us all to exist together. There’s a divide on campus because we don’t have that space for all the minority students to gather. The NAACP will help bridge that gap. There’s also discord in society and on our campus with the African and black students. We always hear things like “You aren’t African enough” and “you shouldn’t be wearing head wraps or African necklaces because you weren’t born in Africa.” It’s been really hard trying to start this because to be considered an NAACP organization, you need at least 25 members, and just to be an organization at Drake you need at least 5 people. It’s been hard finding serious people and I want to include everybody like LGBTQ, white allies, and people of other races and cultures, it doesn’t matter, I’m just trying to create a place where everyone can come together and try to fight racism.” -Jaymee Dixon, sophomore. 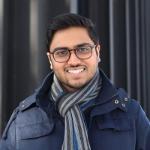 “You know those team-building exercises where you put a timeline on the board or on the wall and you’re asked to use post-it notes to put up three of the most important events of your life? I’ve done a few of those, and I always fascinate people because one of my events happens before I was even born. People are surprised by that. I always put down 1991, because that’s when my parents immigrated to the US and I always think about how my life would be completely different if they hadn’t done that. The alternative was to go to the UK, otherwise, we might still be in India. The entirety of my life is predicated on that choice that my parents made to immigrate to the United States and so I can’t imagine a life living in another country. And to think that my heritage sort of sets me up to be in this country, and for my parents to want to give me a better life, and the difficulties they had to endure to get me here, that’s something that I think is really crucial to understanding my story, because my story is my parents’ story; my story started before I was born. I’m a product of my parents’ choice to immigrate to the United States, and I’m hoping to make them proud.” 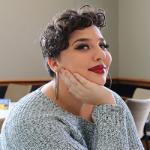 “One thing I really like about DU Spoken Word is that it’s a place where we can all come together and share what can sometimes be emotionally vulnerable material that some people wouldn’t feel comfortable throwing out there. We can share that vulnerability in the safe space we’ve created so that people can feel comfortable with receiving advice and also hearing praise about their work. DU Spoken Word is accepting of everyone, regardless of race, sexual orientation, or anything else. People have come up to me since the rally last semester and said “Oh my god when you performed I cried” and things like that, because it shows how words can actually impact people. This April, four of us who are POC and queer want to go to a slam poetry competition. That’s one of the big projects we’ve been working on this semester because it’s at the University of Houston, so we’re trying to figure out how to get there.” 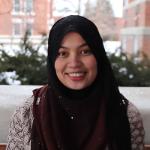 “Drake has a lot of students from different backgrounds. Even though we have different backgrounds, it doesn’t mean we are different. It just means we are unique in certain ways. Everyone has to take a step toward inclusivity. Start a conversation with the people around you. If you start a conversation with someone, it means you want to know about their history, and you can share your stories too. In this way you can learn about their culture and who they are. You have the opportunity to learn about their culture, so why not use it? People shouldn’t judge a book by its cover. If you don’t know someone, get to know them. Don’t just generalize that person because of the race or religion they belong to. Ask their name, and don’t think of them like a stereotype.” 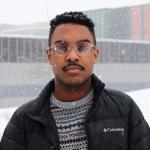 “Diversity takes on different forms. There’s no one monolithic group of people-not even here at Drake. Just looking at all the white people in my class, they’re all very different, and when you look at their political beliefs, their religious beliefs, how they learn, and their personalities, I think that’s the diversity I try to look towards, especially when I know there’s just not gonna be a bunch of people who look like me walking around campus. It’s hard to figure out and try to navigate being in a space where there’s not a lot of people who look like you, but I do try to historically look back and look toward different people who have graduated from here who have been in my footsteps and who have been in the same organizations and fraternities as me. I’m drawing the determination and energy from them to just go out and do whatever I want to do without worrying about being the black journalism student or being the black politics student.”