A Semester Spent in Germany

A Semester Spent in Germany
by M.P.

I can easily say that choosing to study abroad was one of the best decisions I have made! The four and a half months I spent in Berlin, Germany was a time that I will remember for the rest of my life.  I learned a great deal about how others throughout the world live and their perspectives on the United States.  It also allowed me to practice my German and get better at speaking the language. A few things that stuck out to me as being different from the U.S was that nothing was free. You had to pay to use public restrooms such as in the train station and you had to pay if you wanted water at a restaurant.  Also people are much more conscious of other countries/cultures. 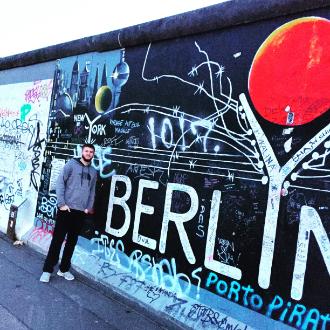 I had the unique opportunity of spending time in Germany during the Syrian refugee crisis.  It was truly a remarkable time to be in the country. The country seemed to be about 50/50 on the issue, with some people thinking refugees should be welcomed, and some people thinking that Germany needs to close its border to them.  Along with this I learned a great deal about how Germany, as well as how other EU countries are attempting to solve the Euro crisis involving Greece.  There are numerous things to be learned by leaving the United States and the points of views from others are invaluable in my opinion.

I am very happy with my decision to study abroad and I would recommend it to anyone! Whether it be Germany, Europe, or anywhere else in the world it does not matter; if given the chance to study abroad do it! I hope my travels were the first of many, as I would like to travel for my career in the near future.